This research project, “Innovating Service at Jigokumushi Kobo Kannawa," is funded with a donation from Asahi Environment Management Co., Ltd. The aim of the project is to assess the current state of and issues with service at Jigokumushi Kobo Kannawa and consider new initiatives that could be implemented. As part of the project, the five APS students involved in this research project and Professor Youn monitored service at the shop, held interviews, and conducted a questionnaire to evaluate customer satisfaction. 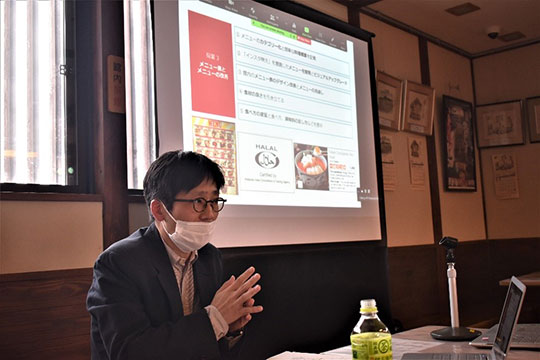 At the mid-term report session, Professor Youn and his students reported the results of the questionnaire and their proposed improvements to the president and employees of Asahi Environment Management, the company in charge of managing Jigokumushi Kobo Kannawa.

Going forward, the project will be handed off to 16 third-year APS students. Based on the proposals issued at this session, the students will work with the employees of Asahi Environment Management toward putting some of these improvements into practice. 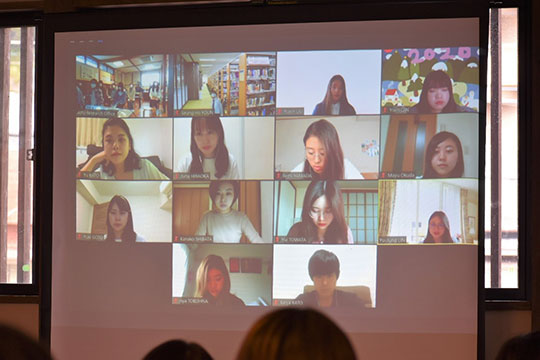 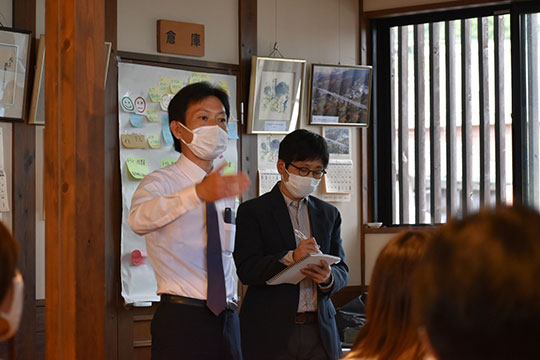