On June 18, 16 alumni were invited to speak in the English (3) and Japanese (13) online classes as part of the GOAL (Global Alumni Lecture) program, in which graduates from all over the world share the knowledge and experiences gained throughout their careers. Through both regular curriculum courses and extra-curricular events, the program highlights graduates who are playing active roles in the world. The program also encourages students to think about how learning at APU connects to their post-graduation careers, supports students as they develop their career interests, and increases their motivation for learning while in school. 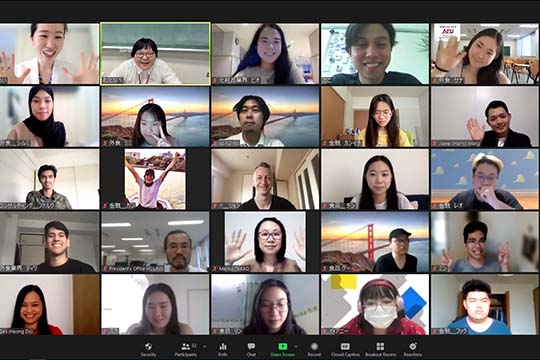 The students in attendance responded eagerly with an inexhaustible list of questions to the alumni’s presentations. Some sought advice for how to tackle one of the most frequently asked questions at job interviews on “one’s own strengths and weaknesses.” In response, an alumnus illustrated the importance of the prior preparations, including self-analysis and accentuating one’s own strong points depending the industry into which one is prepared to enter. On postgraduate education, some graduates have found that their interest in their chosen profession has deepened over the years and their work experience has prompted them to consider further education, while some other graduates warned their juniors of the common misconception that mere attainment of postgraduate qualifications may lead to advancement in career. Graduates of the College of International Management encouraged their juniors who are interested in pursuing a career in finance, accounting, or investment to consider acquiring qualifications such as Certified Financial Analyst (CFA), Certified Public Accountant (CPA), or Financial Planner (FP) while they are still students.

On language learning, both former domestic and international students agreed that “there is no shortcut” and that “the harder the efforts, the greater the rewards.” Alumni’s strategies included active use of APU’s Self-Access Learning Center (SALC), specifically through regular conversations with the SALC Peer Advisors and reading appropriately graded novels after watching the movies based on the original literature. Some other graduates cited the experience of following the same British comedies for 30-40 times until they become perfectly familiar with the characters’ lines, as well as watching parliamentary debates broadcast on BBC News to improve their listening comprehension. Non-Japanese graduates also stressed the importance of a solid foundation in the use of honorifics when working in organizations in which communication is mostly conducted in Japanese.

APU graduates who are playing an active role around the world are valuable assets to the APU community. The University will continue to provide and enhance activities that connect graduates, students, and faculty from all over the world.

We express our sincerest gratitude to the following 16 alumni who dedicated their precious time for the sake of their juniors. 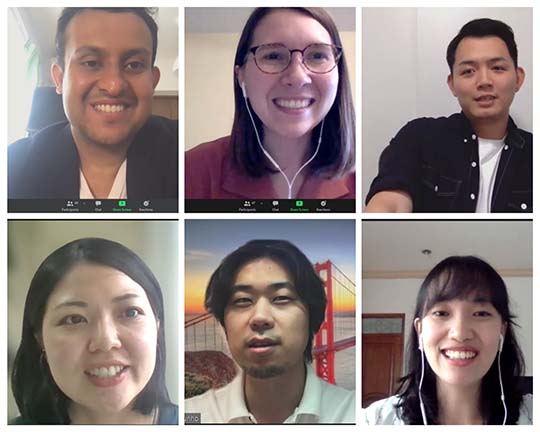