For the first time in the school’s history, APU ranked in the QS World University Rankings 2023, which was released June 9, 2022, as the 5th top private university in Japan.

We will continue to push forward while providing world-class education.

The World University Rankings published by QS (Quacquarelli Symonds), an organization specializing in the analysis of higher education institutions around the world, are considered to be among the most reliable. Of the 1418 institutions selected this year, 50 were Japanese universities. 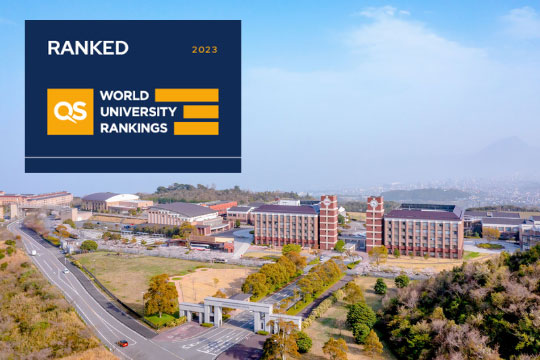