The couple established their NPO, Beautiful World, in 2021 to assist people with disabilities and their families living in CIS countries. However, Russia’s invasion of Yana’s home country of Ukraine in February of 2022 left many more suffering. Feeling that now not just those with disabilities but all Ukrainians were in need of assistance, the pair began to assist refugees as well as those trapped in the country. Currently, Yana is officially appointed by the Embassy of Ukraine in Japan as the person in charge of accepting refugees, which includes acquiring visas, acquiring passage to Japan, arranging a place to live, as well as support after moving to Japan.

During the lecture, Yana showed picture of beautiful Ukraine prior to the war as well as its current war-torn state. “When I first started the NPO, I never thought that Ukraine would come to this. I cannot forgive this war, which stole in an instant, our everyday lives,” she stated.

Thanks to the couple’s efforts, 26 people (as of July 8) have come from Ukraine to Japan, 18 of whom were accepted by Beppu. Yana informed the lecture’s participants, “Though they were filled with fear and anxiety about coming to Japan at first, the refugees are growing used to their lives in Japan and their smiles have returned with the kind support of the local governments.”

Kazuma said, “I want as many Ukrainians as possible to wake up in safety. Motivated by this, we are committed to supporting Ukraine for the rest of our lives. We want all the students to continue to care about this.” When asked by the students what they can do, he replied, “Take interest in politics, take interest in what is going on in the world right now,” urging the importance of each person continuing to be involved.

＊Global Citizenship Program
The Global Citizenship Program is based on APU's basic philosophies of "Freedom, Peace and Humanity, International Mutual Understanding, and the Shape of the Asia-Pacific Region" in the spring 2021 semester to nurture human resources for a global society. Taking advantage of the environment of AP House, where a diverse group of students gather, the program aims for students to acquire “key competencies,” i.e., the characteristics that lead to a high level of success in life and the realization of a functional society. 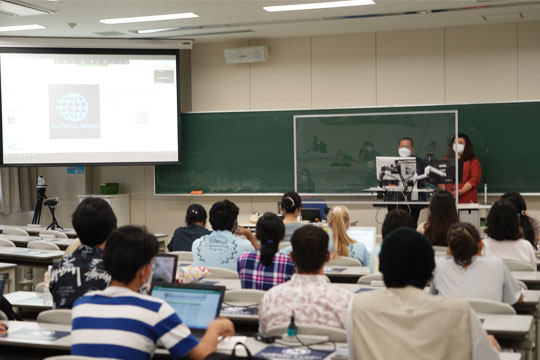 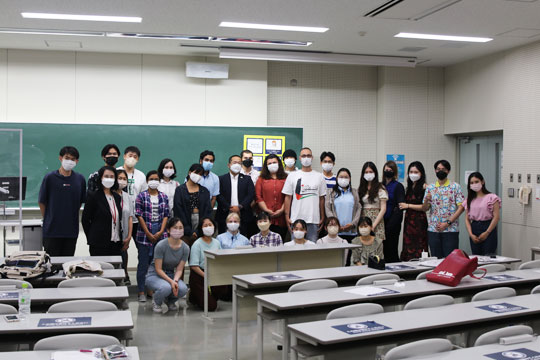