APU Project Ecocide is a project organized by 3rd year seminar students from July 11th -13th, 2022. Conducted under the supervision of College of Asia Pacific Studies’ Assistant Professor Miharu Hirano, the project’s purpose was to allow its organizers to apply their legal knowledge of ecocide* into an event in order to begin the dialogue on the topic in Japan.

This project is the first of its kind in Japan to discuss “ecocide” as a potential international crime, and consisted of an exhibition and a main event.

The exhibition was held from July 11th to 13th of July and displayed photos of potential ecocide cases of environmental catastrophes selected by the seminar students. Also included were creative works of APU students that portrayed their interpretation of ecocide as the destruction of nature.

The main event was held on the July 13th, using in person and hybrid formats and consisted of participants not only from APU but other Japanese universities and countries. The event started off with presentations conducted by the seminar students, followed by a workshop which involved the participants having to analyze potential ecocide cases from the exhibition using a legal perspective.

The workshop gave way to a special online guest talk by Stop Ecocide International's Co-Founder, Jojo Mehta, who provided insight from the front lines about the importance of acknowledging ecocide as an interdisciplinary concept and expanded on creating legislation that recognizes it as a crime. In the end, a poster pitch was made by the final year seminar students of Hirano-zemi who presented their research on the legal definition of ecocide proposed by the panel of international experts and explained their perspectives based on the analysis.

* Ecocide
The term "ecocide" was coined to describe the mass damage and destruction of our natural living world, a combination of the word ECO ("house") + CIDE (to "kill"). 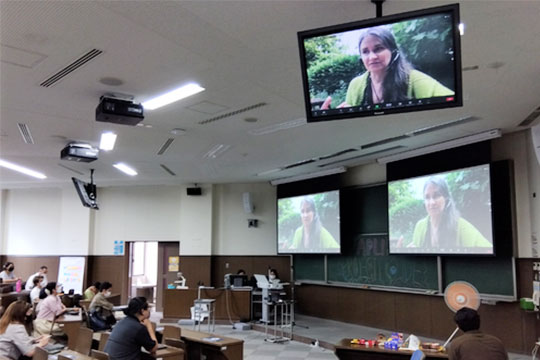 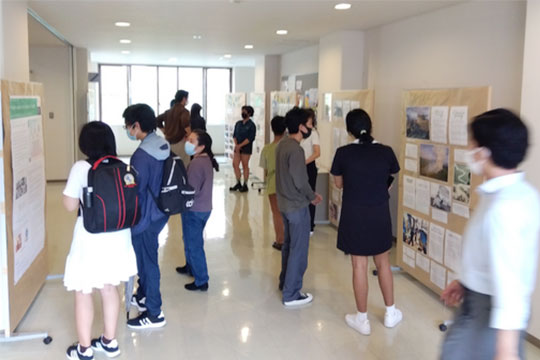