The team passed the written submission screening as a domestic qualifier and competed in the oral round against teams representing other Asian countries. The team was ranked 8th in the written submission and 7th in the oral pleading. Ghozaly, who presented oral pleading on behalf of the applicant, placed 5th in the Top Oralist rankings, becoming the first student from APU to be awarded as an oralist.

This international competition, hosted by the Japan Society of International Law and the Ministry of Foreign Affairs of Japan, and in support by the Nippon Foundation, opened in 1999 to students throughout Asia to establish “Rule of Law” throughout the region, disseminate information on international law, and create networks among talented minds in Asia.

Following the team’s achievement, we hope APU comes back stronger in the following years. 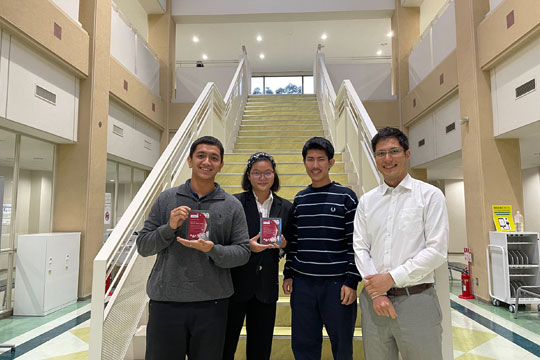