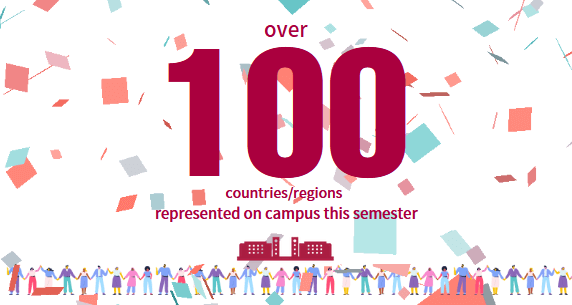 The number of enrolled students as of November 1, 2022 has been confirmed.
For the first time since APU opened, 5,691 students from 103 countries and regions (including Japan) are studying at APU! Students from the Kingdom of Eswatini and the Republic of Belarus have become new members of the APU community, bringing the total number of countries/regions to have been represented on campus so far to 164.
*Click here for Student Enrolment Data