The International Humanitarian Low Role-play Competition organized by the International Committee of the Red Cross (ICRC) Japan took place at the University of Tokyo (Komaba campus) on December 10, 2022. Following last year’s achievement, the APU team participated and, once again, became the champion of this year's competition.

Since 2019, the International Committee of the Red Cross Delegation in Tokyo has been partnering with the local universities to organize the International Humanitarian Law (IHL) Moot Court and Role-play with the aim to deepen the student’s understanding of IHL applied in the field of armed conflicts not only in theory but also in practice. In the Role-play section, 8 teams were given different roles and competed in three conflict scenarios. In one simulation, for example, they had to use their knowledge of IHL to interview children being held in the detention center and its warden.

The APU team consisting of 3 students supervised by Assistant Professor Miharu Hirano from the College of Asia Pacific Studies (APS) managed to surpass the other 7 distinguished teams and win the competition. This achievement grants them a fully-funded ticket to represent Japan to participate in the most prestigious International Humanitarian Law Role-play competitions, 40th edition of the Concours Jean-Pictet, taking place in Durrës, Albania from Feb 25 to Mar 4, 2023. With this achievement, the students hope that it can inspire future students who are interested in international humanitarian law. 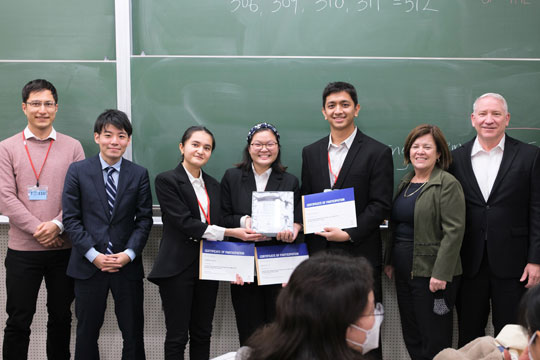 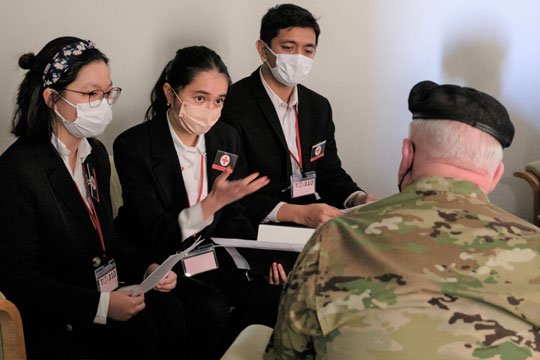