Students at APU learn various languages in addition to Japanese and English. Among them, I interviewed students who mastered each one of the 6 languages called AP (Asia Pacific) languages! If you are wondering which language to take, check out this article! Once you become interested in the language from the article, you might be living in its country of origin in the future. Please use this article as a reference! 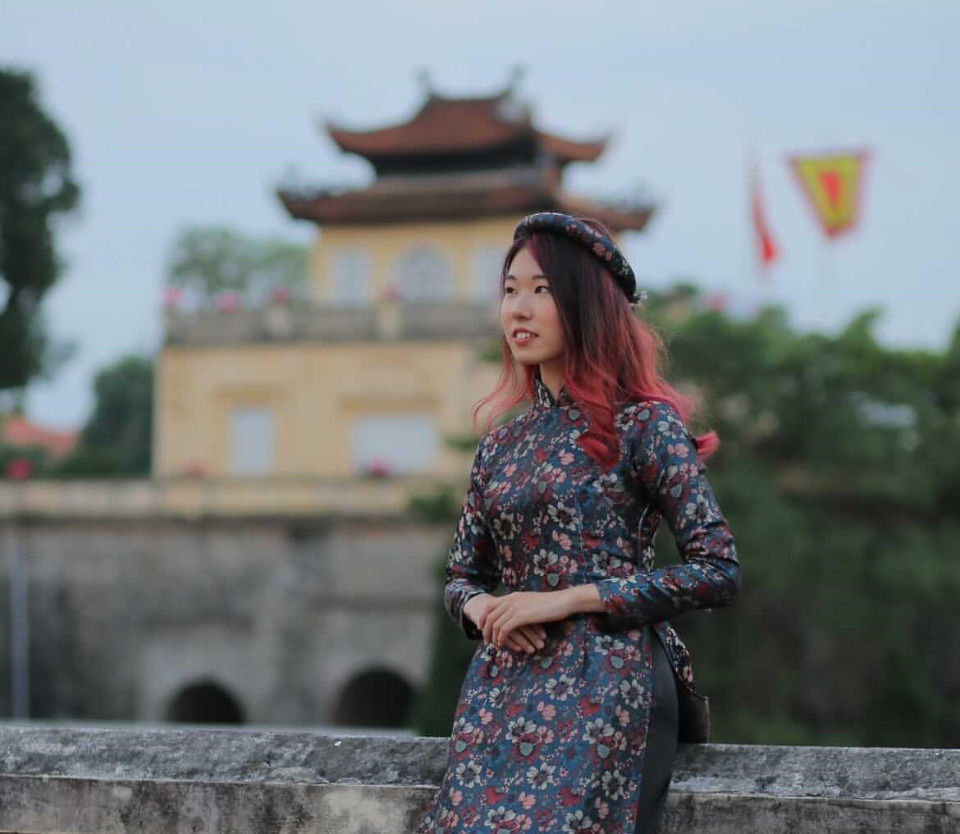 - APM 3rd year（Leave of absence for one year and a half）
- Earned credits up to Vietnamise Ⅳ
(Continuously took courses from 3rd semester to 5th semester
Participated in Vietnamese Immersion Program and thus, exempted from taking Vietnamise Ⅱ)
- More than a year of internship experience in Viet Nam
- Studied in a Vietnamese university during leave of absence from APU

What made you take courses in Vietnamise?

I participated in the Student Exchange Nippon Discovery (SEND) in Viet Nam during spring vacation in my 1st year. When I visited the country, I could not speak Vietnamese. One of the reasons I joined the program was because I was interested in doing homestay. I wanted to have an experience that can only be had while I am a student. However, due to the language barrier, I could not communicate well with my host family. I began to feel that if I could speak Vietnamese, I could understand the country and get along with the local people, so I made a decision to take Vietnamese courses.

To be honest, it is because I came to love Viet Nam!

When I study new languages, I often take an interest in the culture, for example, music, movies, and dramas. I especially like Vietnamese music, so I have come to think that I want to continue studying it. I couldn't continue studying until now if I didn't have something that was particularly appealing to me. All countries have wonderful cultures and languages, but what country someone finds especially attractive depends on that person. You won't be able to see the real charm of a country unless you have actual experience talking with its people and being exposed to their culture. If you become interested in a language, I recommend you visit the country and make friends whose first language is the language that you want to study before you take the course.

Through my life in Viet Nam and interaction with local people, I was drawn to people's values and ways of thinking. Even after participating in the program, I had many opportunities to use Vietnamese, by continuing interaction with people I met in SEND, and making more friends whose mother tongue is Vietnamese in APU. Through these interactions, I was able to learn their culture, such as local trends and TV programs. Even today, the more I study, the more I discover new things and the more I become interested in them.

I took time to use Vietnamese by utilizing connections with people. Especially in the classes from Vietnamese I to Ⅲ, I learned a lot of words and grammar in the class. I tried to review for about an hour on the same day because I would forget it by only attending the class. I asked my teachers and friends about what I could not understand and tried to have an answer on the same day as much as possible. The most difficult thing for me in learning Vietnamese was pronunciation. I practiced my pronunciation through conversations with my friends who speak Vietnamese. At first, I was talking on the phone with people I met in SEND, but from circle activities and group work in classes, I made more friends who speak Vietnamese as their first language in APU. I was able to make a language partner by asking for help with practice. Since Japanese who learn Vietnamese were rare, in a lot of cases, they were happy to help me.
When I meet someone new, I don't just want to be friends. I want to have a deep relationship and inspire each other. I want to make every meeting an opportunity to improve myself, so even today, I still keep in touch with people I met in Viet Nam. All of my motivation is from my love for Viet Nam. I visited the country once every six months to tell my friends there what I could not convey well last time and I want to show my improvement when I am reunited with them. Chances to visit Viet Nam motivated me to continue studying Vietnamese.

How did you learn the language with your "language partner"?

I met my language partner in Viet Nam and have been keeping in touch with her for more than a year and a half. I got to know her through a senior at my internship. Since she was studying Japanese, we began to teach each other. At that time, I had a full-time job every day, so it was difficult to make time to study languages. So I promised to meet her once a week face to face and study. I used the time as an opportunity to utilize the knowledge I had acquired during my internship. Even today, after returning to Japan, we continue to make video calls and check words, grammar and expressions in each other’s diaries once a week. There are many moments when I feel that the knowledge I learned in the class and acquired by studying is being utilized in the practice of communicating. Not only does she teach me her language, she is also my good friend. You don't need many, but you should make at least one close friend who can speak in the language you are studying.

In terms of input, reading books was the most effective way to improve my language skills. I tried to incorporate study to get knowledge in my free time, and the range of my vocabulary and ways to express what I want to convey was dramatically expanded. As a result of studying, during my internship, I was able to communicate about business, for example, and in my daily life, though I got a little help at first, I was eventually able to learn the language to the level where I could rent a house by myself.

It was when I was able to get other people interested in myself by studying Vietnamese. Since Japanese people who are studying Vietnamese are rare, I have experienced being appreciated by local people just by telling them that I was studying their language. I was able to get closer to them and bonded more strongly. Every time I was thanked by people, I was glad that I had been studying Vietnamese, and at the same time, I felt a desire to study harder. In addition, I have come to get more attention in my TA and circle activities. I had a lot of opportunities that got people interested in my character because I studied the language, and it became one of the strengths that made me stand out. In the future, I want to make use of my language skills in work involving Viet Nam and Japan.Today, I am also interested in translating and interpreting. I would like to continue studying. 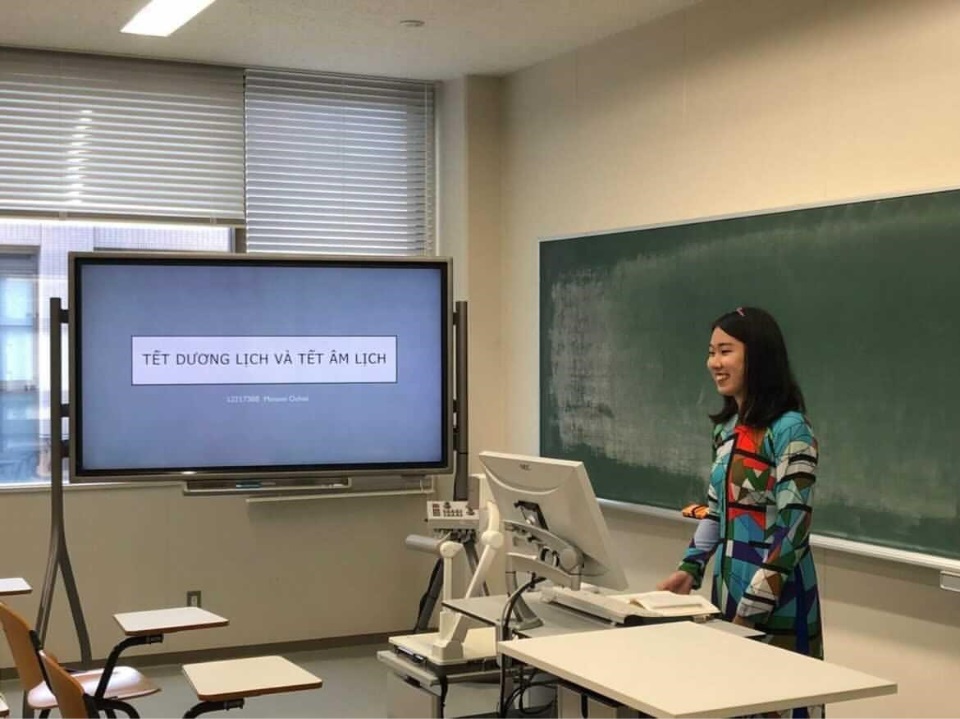 For my next article, I interviewed a student who is learning Spanish Language. Look forward to reading it.