Professor He’s research topic stems from the pre-existing debate on whether China should be classified as a “Revisionist State” or a “Status Quo State.” The former school of thought argues that China will challenge the current international order while the latter contends that China has no reason to overthrow the current state or develop a new order due to the benefits, particularly the economic benefits, it presently reaps. As both arguments are supported by strong evidence, it has sparked a fierce, never-ending and controversial debate amongst scholars in the field.

In order to shed light on how scholars should comprehend China’s relationship with the international order, Professor He has developed a framework. This framework considers the economic, political, and security aspects of China on a norm-based level, power-based level, and rules-based level.

This seminar’s popularity among International Relations majors was rather apparent during the question-and-answer session. Many of them asked Professor He for his opinion and evaluation of China’s international policies such as the One Belt and One Road policy, the contentious South China Sea Policy, as well as China’s involvement in the Asian Infrastructure Investment Bank (AIIB). 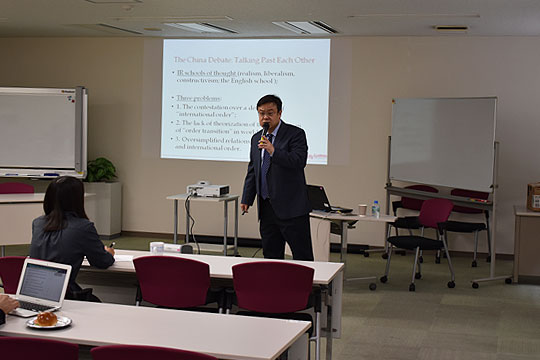 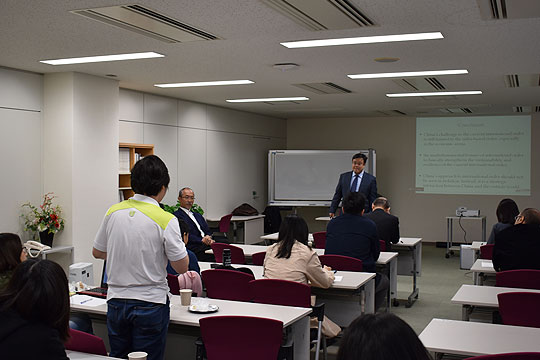