Professor Kubo began by introducing APU saying, “APU, which has about 6,000 students, is much like Yoshimoto Kogyo, which has about 6,000 entertainers, in that they are a group of innovators.” Next, Chairman Osaki explained how Yoshimoto Kogyo is built on the keywords, “digital,” “Asia,” and “rural areas,” and how the company can cooperate with APU from here on to enliven Japan and the world from rural areas.

Afterwards, there were panel discussions as well as a Q&A session with students. Topics included the future of Yoshimoto Kogyo, entertainment, Japan and APU. They also debated over the key to human resource development and the relationship between love and humor.

For the participating students, it was a valuable opportunity to gain knowledge of new regional revitalization and global development based on comedy. 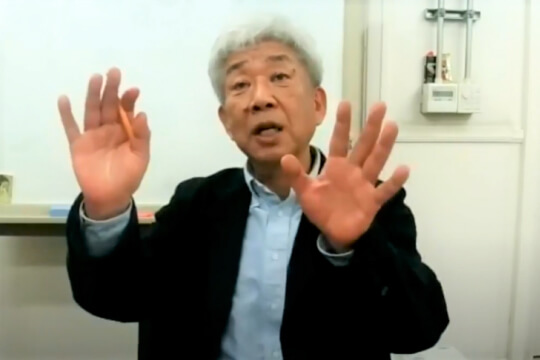 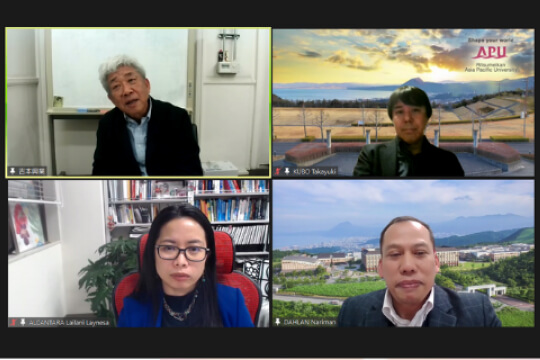 You can find the article about the partnership agreement here.