Students at APU learn various languages in addition to Japanese and English. Among them, I interviewed students who mastered each one of the 6 languages called AP（Asia Pacific）languages! If you are wondering which language to take, check out this article! Once you become interested in the language from the article, you might be living in its country of origin in the future. Please use this article as a reference!

What made you want to learn Spanish?

It was the experience of studying abroad in Chile when I was in high school. I went to a local high school for about a year. I chose Chile because I wanted to have an unpredictable experience. I experienced a short-term study abroad in an English-speaking country when I was in junior high school. While I was studying abroad, I had good experiences and memories of working hard. However, I was able to communicate using the English I had been learning normally, and I was able to live life similarly to what I had imagined based on the information I obtained in Japan. From this experience, I came to think that I want to study abroad not only in English-speaking countries, but also in countries where I could not picture what kind of life I could live or how I would achieve growth. After thinking about it, I started to be interested in going to the opposite side of the world! I thought, “What is life like in a country on the other side of the world?” So, I decided to study in Chile.

The reason I continued to take Spanish courses after entering APU was simply because I had a desire to improve my Spanish. Since entering university, I have wanted to maintain my Spanish language ability as a treasure to enjoy in all aspects of my life, from travel to work.

How were your Spanish courses during study abroad?

I had two classes a week, and I took about two or three hours to complete my assignments for each class. There were often a fixed amount of weekly assignments and a test almost every class. The higher the level of course I took, the longer written assignments became. There was a time when I wrote an essay about the length of a page of A4 paper every week. The courses included both the work to acquire knowledge as well as plenty of output practice using the content we learned.

When I first entered APU, my language ability was at a level where I could live my daily life with a little effort. However, I was very focused on just speaking in Chile, so I decided to take Spanish courses at APU in order to improve my language ability step by step by establishing a foundation through studies in class. My language ability has improved through Spanish courses I took during study abroad. Thanks to continuing these classes, I acquired the language skills to write a short academic thesis in Spanish. I can also apply the Spanish I learned in business if I have the opportunity to learn business manners. 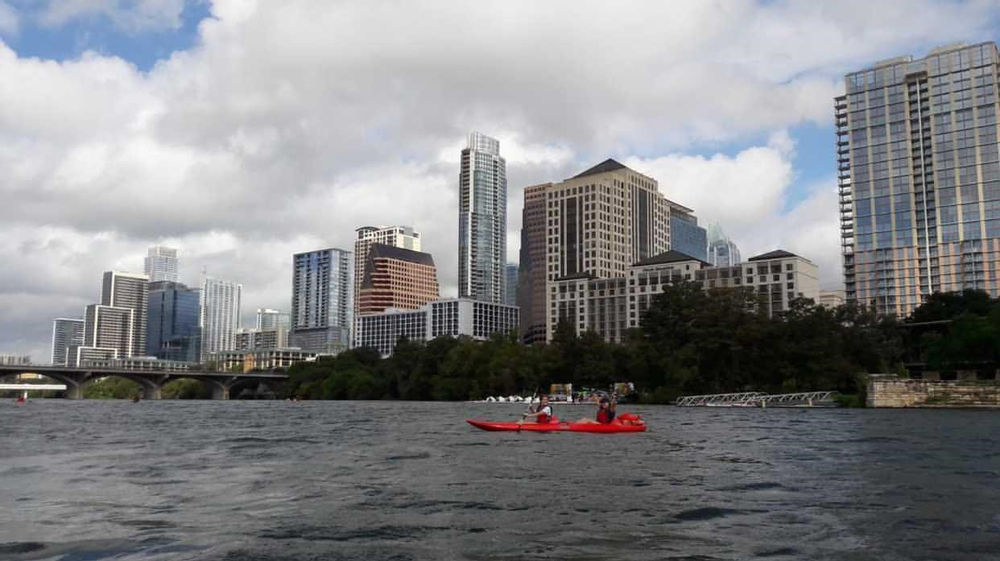 How did you maintain your motivation to learn the language?

I love talking to people, and my desire to talk to people was my motivation to learn the language. My language skills improved while thinking “I want to talk more to the person in front of me!” or “I want to continue the conversation!” Thus, Spanish was my subject of study and also my hobby as well. I didn't force myself to study Spanish. I aspired to improve my Spanish skills because I wanted to enjoy conversation more and travel to places where I could have a better experience by speaking Spanish.

I was also conscious of learning at my own pace. While I was studying abroad in the Undergraduate Double Degree Program, I was in an environment where I learned both English and Spanish, neither of which are my first language, at the same time. There was a time in which three languages were mixed in my head. For example, I would start speaking Spanish in a situation in which English was being spoken. Even under these conditions, because English skills were essential for everday life, my ability inevitably improved. I was consciously developing Spanish skills as my hobby, and the differences in learning environments between two languages made it possible for me to study both languages at the same time.

To be honest, without the basics of the two languages at the beginning, it would have been difficult to balance the study of both. As I continued to study two languages, I was happy to receive compliments from restaurant staff and classmates I met for the first time about my Spanish skills. It was one of the motivations for me to continue my study.

Just use it as much as possible. I used to listen and speak Spanish on a daily basis by talking with people. Through conversations, I could learn colloquialisms people used in real life (that were not in the textbooks) in context. When there were words that I often heard in communication, I tried to ask my friends the meaning first. I confirmed the meaning of words in advance so that I could use them correctly. When I successfully used words popular in the area, I got good reactions most of the time from my surprised friends and naturally, we became closer.

Strengthening bonds with people is appealing to me, and I felt a sense of accomplishment by feeling able to fit into a group of local people and get one step closer to them. Even if you use the wrong words or grammar, your friends around you will correct it, so I recommend this method. When I was studying abroad in Chile, people often corrected my pronunciation by actually showing me how to say things. I think the best way to improve language skills is to actually use it.

I was glad during the moments when I had opportunities to meet a wider range of people and get closer with them. When I studied abroad under the Undergraduate Double Degree Program, I participated in local volunteer activities about once a week. There was an activity in which I played with children and helped them with homework in a place like an after-school facility. There were children who were not familiar with English, and if they could speak Spanish, I could get along with them by talking in it. Furthermore, in Mexico, I joined a tour to visit sightseeing spots with tourists from Spanish-speaking countries. And in France, when I stood in line to go to the Eiffel Tower, I became friends with tourists from Spanish-speaking countries and promised to stay at their house next time. As mentioned above, I had many experiences where I could enjoy life more by speaking Spanish in my daily life. It was a continuous cycle; I had fun moments by speaking in Spanish, got inspired to study more, and that lead to more enjoyable memories.

In job hunting, my strength was not only my language ability, but also the ability to work abroad supported by all the experiences I had until I acquired my third language. In the future, I would like to engage in business related to Latin America and the Caribbean, and contribute to the lives of their local people. Furthermore, I want to continue creating enjoyable moments, such as expanding my network and traveling around the world.

The next and final article is Thai language learners! Looking forward to it.