Students at APU learn various languages in addition to Japanese and English. Among them, I interviewed students who mastered each one of the 6 languages called AP（Asia Pacific）languages! If you are wondering which language to take, check out this article! Once you become interested in the language from the article, you might be living in its country of origin in the future. Please use this article as a reference! 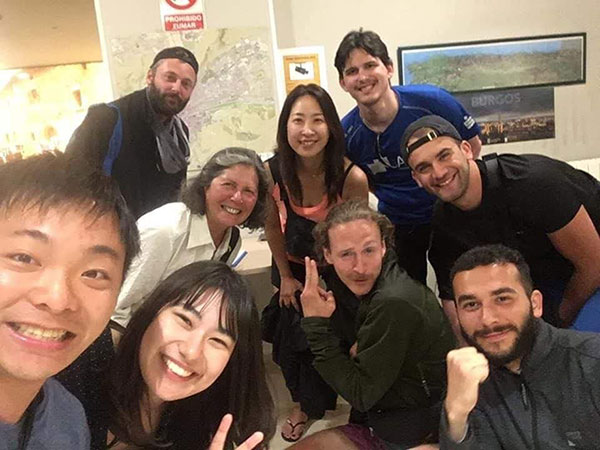 What made you take courses in Thai?

It was when I chose Thai as my third language in high school. My high school’s curriculum included a third language in addition to English. At that time, I went to a Muay Thai gym in my hometown. I watched the dance performance before the match and got interested in the culture in which Muay Thai originated. As I researched Thai culture, I also became interested in Thai language and chose it as my third language to learn. First of all, I started learning by studying the alphabet. I felt a sense of accomplishment every day when I became able to read letters and the understand the meaning of sentences that I could not yesterday; thus, I became absorbed in studying Thai. Also, while researching Thai culture and its history, I was became drawn to the charms of Thailand.

Actually, the reason why I entered APU was to study Thai. Since I first entered university, I had already decided to complete Thai courses. I had the foundations of Thai from my high school studies, but I felt I was not good at speaking and pronunciation, so I took courses starting from Thai I. I made friends to learn Thai in class and making an effort together kept my motivation to take next level courses.

What are your tips for learning language?

I was conscious of using Thai in my daily life. I tried to make time to use Thai outside of the class because it is not the language I use on a daily basis to live in Japan. When I lived in AP House, I always kept my door open just to speak Thai as much as possible. I had an opportunity to interact with people when they passed by and looked into the room. After starting to communicate, I created an environment in which I was able to use Thai on a daily basis by speaking with housemates and having them help with checking class assignments.

In terms of continuing a conversation, it is important not to be afraid of making mistakes. I think there are times when your language acquisition doesn't go as you expected. You might use the wrong words in the conversation, or you might not be able to convey what you want to say. I myself had difficulty to master pronunciation; I experienced being asked to repeat myself by friends. In these cases, I tried to ask them to teach me the correct pronunciation right then. My advice is to think positively; by making mistakes, you can learn the correct expressions.

Even after I left AP House, I continued to make efforts to expand my network. For example, when I heard someone speak Thai while shopping, I tried to have a conversation with them, and when I saw international students from Thailand, I went to talk with them. I needed courage at first, but once I got along with them, the embarrassment disappeared in a moment.

How much did you study in a day?

When I was in high school, I had Thai classes about as much as the average Japanese high school student has English. That was a huge workload. After that, I entered APU and the language classes I took were very valuable and my language skills absolutely improved. In addition, it was very effective not only to complete assignments but also to study spontaneously in order to acquire the language skills with certainty.

While I was taking classes, I was consciously studying Thai for two hours a day. With setting a clear goal in advance, I could accomplish it 3 to 4 days a week. At first, I think you might feel strongly that it's a bother to complete it. My advice is to continue studying only for the first 3 days. When I achieved my goal study time for 3 days in a row, I felt it would be a shame to quit the 4th day, and I was able to gain the willpower to continue. Even in my free time, I spent time watching movies and listening to music introduced to me by friends from Thailand and practicing pronunciation by shadowing the dailogue and lyrics of them.

Furthermore, my recommendation is to practice words and grammar using the message function on SNS! At the beginning of the conversation, I asked my partner to tell me if there were mistakes in my Thai. Then, I started communicating with them by typing responses in Thai to messages they typed in Japanese. Whether it’s during a long vacation or you’re under a situation you can't meet friends in person, you can learn the real language, so give it a try!

How did you maintain your motivation to learn Thai?

I kept my motivation by not thinking of it as studying. You can have more opportunities to get other people interested in yourself, and experience things that you can't without speaking the local language of your travel destination. By being friends with people from Thailand for a long amount of time, I made new discoveries and found endless surprises every day. Actually spending daily life with people will naturally let you learn about their culture. Furthermore, I learned about the music and movies that were popular there, and even when I was alone, I could understand their language and culture by spending time watching and listening to them.

I had an experience that when I tried to use the grammar I learned from the class in actual conversation, I was corrected because the expression was meant for use when talking with elders and superiors. Instead of studying from textbooks, I value learning real Thai; for example, the grammar that is actually used and the words that are actually popular in the country. For me, learning Thai was a necessary process to make enjoyable moments, and I enjoyed learning the language.

Having said that, it is very important to learn basic grammar and pronunciation at the desk and understand it with your head at first. I developed the basics of Thai in high school, and as the next step, I learned Thai through my interactions in university. When you first you start learning a language, there might be many moments that you find it hard to sit down and acquire knowledge. It is difficult, but once you become able to use one grammar construct, you can continue one more round of conversation. If make the effort so that you can have a conversation, you can go out, go shopping together, or have other fun experiences with those who speak Thai. I think you can overcome learning at the desk if you are conscious of accumulating knowledge in order to have a good time.

It was the moment when I realized that my world has expanded. I was able to interact with people and experience cultures and new values that I had never known before by speaking Thai. I have been surprised many times by how different the way of thinking is depending on the environment people were raised in. There were moments that challenged what I thought of as common sense and things that I had never doubted before. These experiences widened what I thought was possible and gave me inspiration that I had never imagined.

My language ability has also broadened my chances when job hunting. When I finished taking Thai IV, my language skills were at the level where I could live daily life without any problems. During a leave of absence from university, I studied at a language school in Phuket, Thailand for about a year, and I was able to improve my Thai skills to a level where I could handle complex conversations and use it in business. The fact that I can work in Thailand, and because students who speak Thai are rare, the ability to perform jobs by making use of my language skills was one of my strengths. After I graduate from university, I want to continue to make unique memories by speaking Thai. I would like to continue my lifestyle in which I approach those who speak Thai and make conversation. You might find me talking to Thai people in front of the station someday. 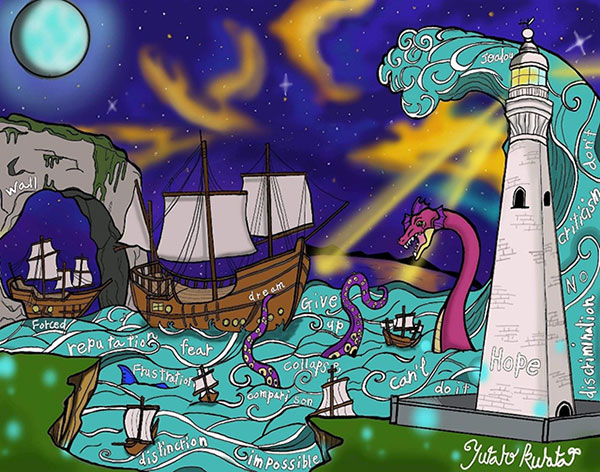