The FIRST Program1 is a program that aims to help international students learn about life in Japan and develop goals for learning the Japanese language and culture. The program, which consists of field research sandwiched between pre and post-program lectures, encourages students to interact with local people so they may gain a deep understanding of how Japanese people think and act. In the first lecture, the student groups drew straws to determine where they would go in Kyushu, and two upperclassmen TAs2 were assigned to each group to provide support in dealing with Japanese culture and learning the language. 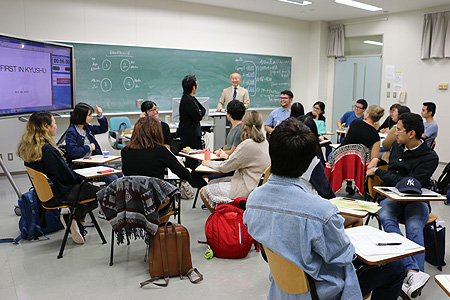 Students were divided into groups, and each group had to work together to conduct on-site research and find lodging. The students also enjoyed interacting and talking about their research topics in Japanese with students from Nagasaki University. During the program, students could not merely rely on faculty chaperones and TAs; they had to actively engage local people in discussions, thereby developing a sense of responsibility as well as their ability to get things done and make decisions—all while being immersed in a foreign culture. 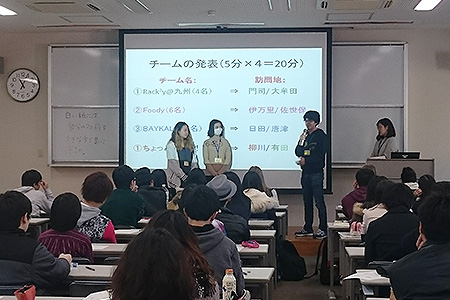 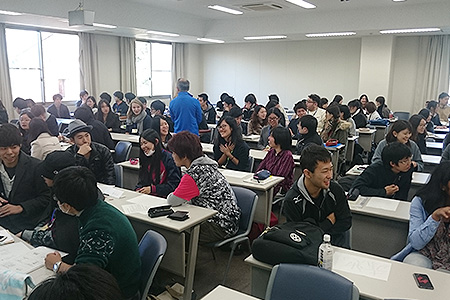 At a presentation session held on Wednesday, December 14, the groups reported on their field research concerning the following topics, which were set in the pre-program lectures: “The Ideal Home”, “How Smartphones and Social Media Affect Communication among the Japanese Youth”, ”Eating Patterns in Imari and Sasebo”, and “Kyushu and What We Learned”.

Students commented on the program as follows:
“I feel like this program allows you to discover who you really are. I have always thought that I am not good at leadership, but my team members and my TAs told me that I have the talent to be a leader. I actually gain the confidence to speak up, which I usually struggle with. The program doesn’t teach you to change. You just automatically change yourself during the program because you are forced to do so, and sometimes, being forced makes things better."

“At first, I was anxious because I was not confident about communicating in Japanese, but once we began conducting the surveys, I had to call city halls and elementary schools to get permission, and gradually my confidence grew. The other members of the group and I overcame our difficulties together, and this led to the whole group gaining confidence. It really felt like everybody brought something different to the table to form one group, and now the other members have become invaluable friends of mine.” 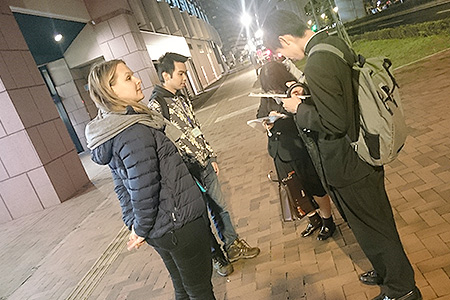 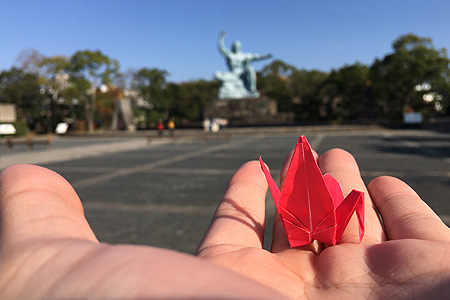 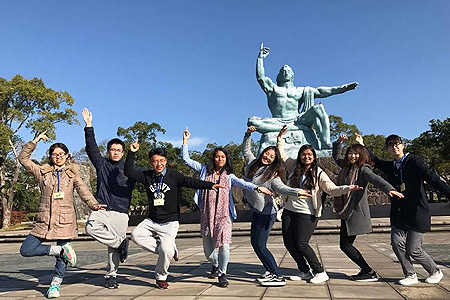 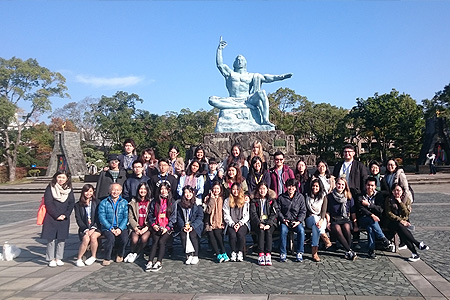 “When the pre-program lectures first began, it was tough because the group members all had totally different personalities, but we grew closer by working together for the duration of the program. Whenever I had concerns, we would talk and the other members would encourage me by saying ‘everything will work out.’ The experience was much better than I ever expected.”

2. TA: Teaching Assistant
TAs are upperclassmen who assist with lecture management under the supervision of the instructor. For this program, the TAs provided learning support for language and culture in the pre-program lectures and assisted with risk management and cross-cultural learning during the field research.